QUEEN BOUDICCA (RIDING WITH THE STARS)

Inspiration
This artwork was inspired by Boudicca, ancient warrior Queen of the Celtic Iceni tribe, an important British
cultural folk hero. Her name is derived from the word victorious, she led a rebellion to fight the Roman
army.
Boudica had the charisma and spirit to unite tribes, lead armies and shake one of the greatest
empires the world had ever known. British history is marked by women who were not cowed by the
powerful, who would not be silenced, who had the courage to stand up, to be seen and heard.
Though she lost her battle and her cause, Boudicca is celebrated today as a national heroine and a
universal symbol of the human desire for freedom and justice. She united thousands of ancient
Britons, stood up for what she believed in, fought against social injustice; she was known as a pagan
queen, an unruly woman and a valiant warrior, this is a celebration of all unorthodox women.
With this piece I wanted to turn the conversation away from misogynistic ire and suspicion
stemming from a male distaste for women in power and instead convey a sense of unity,
empowerment and bold feminine strength.
Boudicca had many roles in her life; a multifaceted and complex heroic identity was born. She was a
rebel, queen, warrior, widow, mother, woman. She was celebrated by authors, artists and poets who
saw her as a symbol of freedom, rebellion, courage and strength of a nation and at the same time
also a suitable heroine for children and young women giving her the name Mother England.
The colours in the piece reflect the exact hues of the deep blue plant pigment woad (Isatis tinctoria)
used by ancient Britons as warpaint during Boudicca's reign. This is taken from a series of
cyanotypes based on females in history and mythology. Ones who particularly inspire me, deserve to
be recognised and celebrated as powerful figures in time. I want to visually tell a story with each
piece to celebrate the lives of these amazing women using portraiture, symbolism and surrealism.
I expose all my pieces in natural light for up to a couple of weeks. Printing in all weather conditions,
doing everything by eye and in the most organic way possible, this enables me to be at one with each
piece I create and capture the true essence of Mother Nature within.

Technique
Queen Boudicca (Riding With The Stars) was created by constructing a hand-cut collage using female
photographic portraiture and hand drawn illustrations of a horse head and ancient torque.
After coating the handmade paper with light-sensitive chemistry, it is left to dry in a dark room. The large
-scale negative is contact printed onto the paper by exposure to daylight (UV rays). The print is then
processed by thoroughly washing in water to remove any unexposed solution. It can then be hung to dry,
developing to full density Prussian blue after 24 hours. Once the image is fixed it is hand finished with
hand painted chemistry and heat treated zinc leaf.

Signed by the Artist.

'Own Art' Option Available - Contact the gallery for further information. 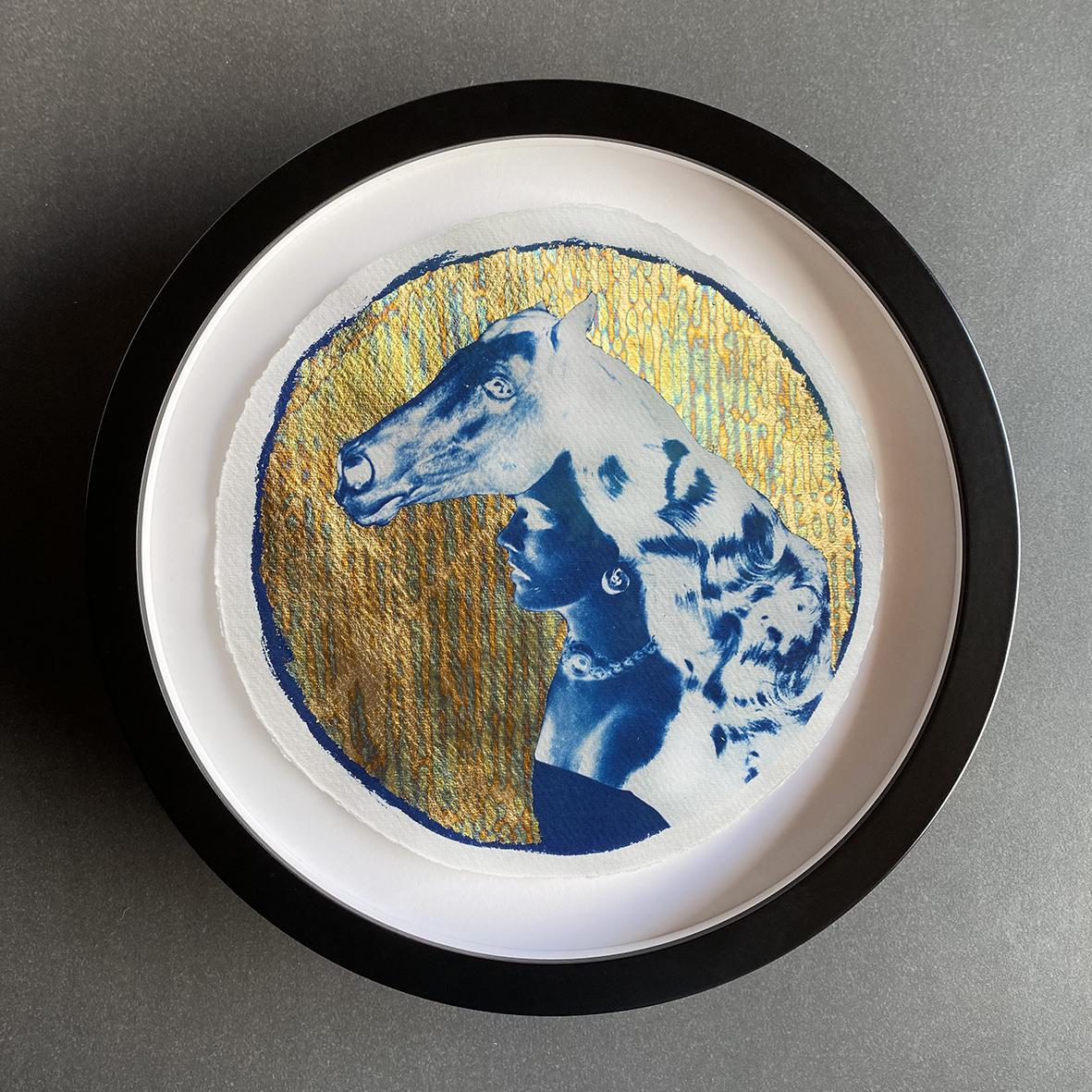 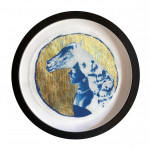 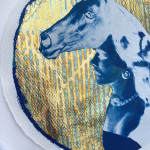 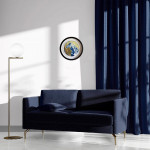 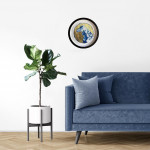 Thank you for your enquiry.

We will get back to you soon. 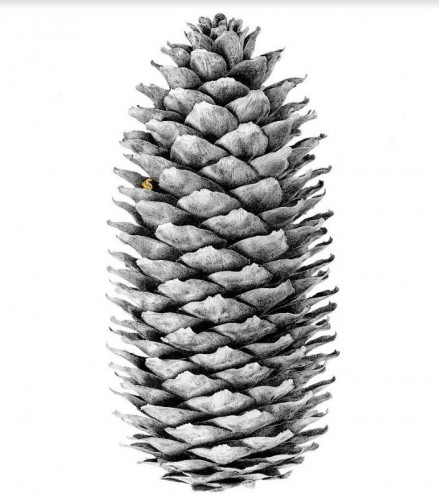 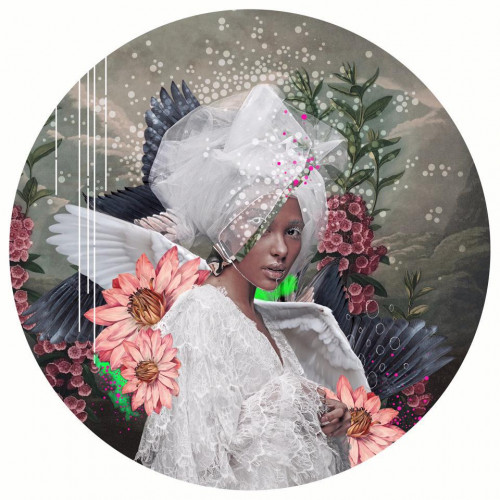 Adem Diep - (All I Need is the Air That I Breath) 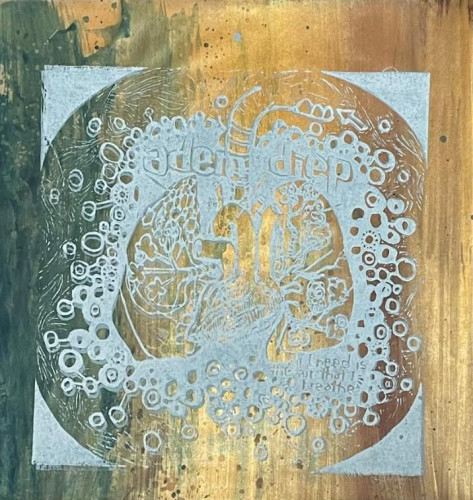 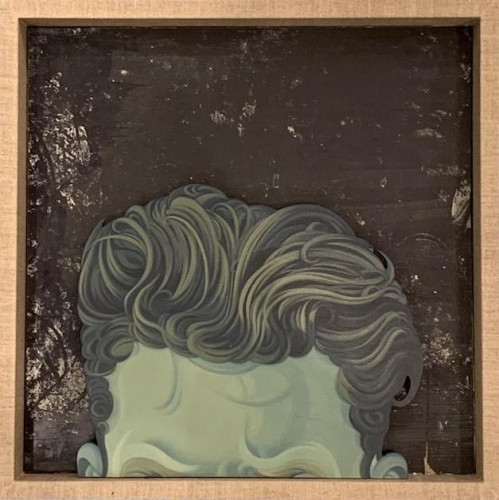 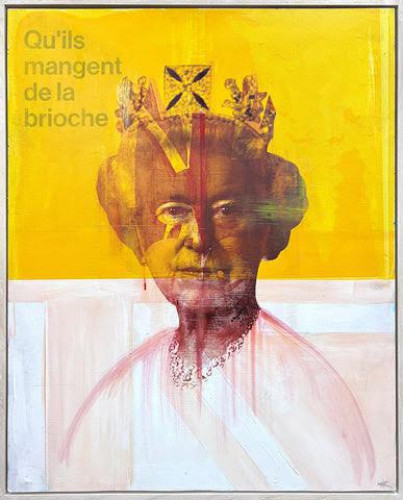 We Are All Made Of Stars - Framed 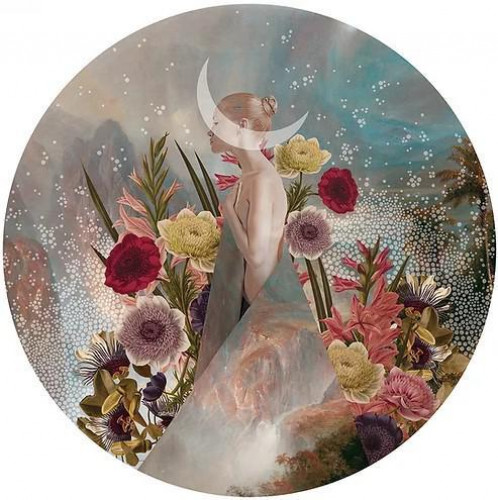 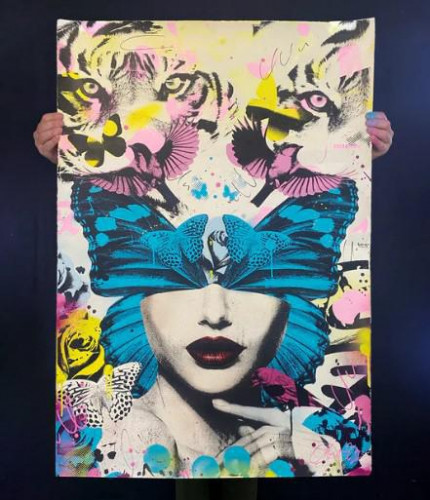 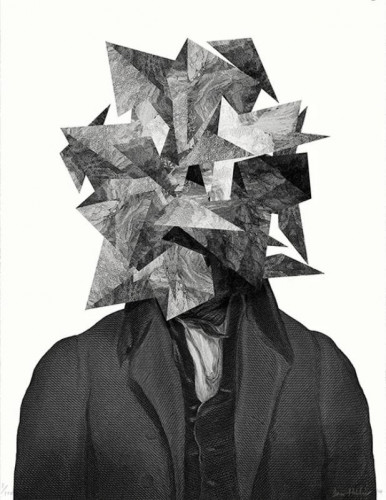 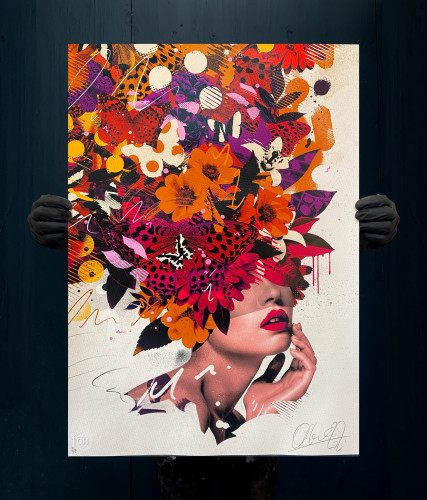 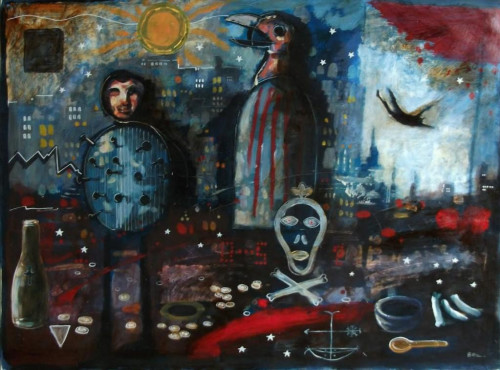